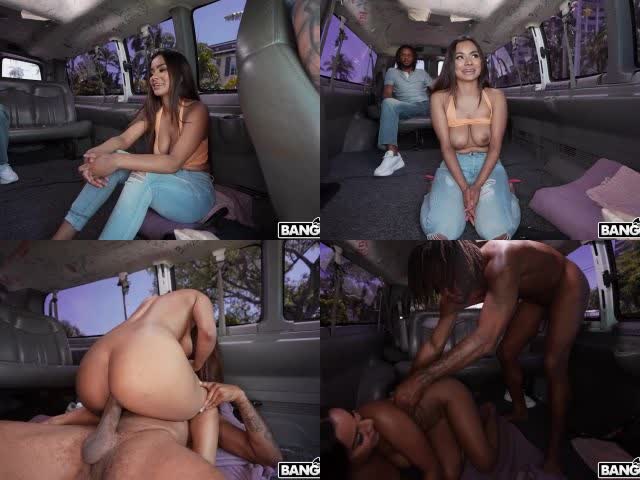 Numi Zarah was sitting on a wall next to a canal with fancy boats in the background. The bus stopped next to her. The boys offered $100 for an interview. She wanted $200. So they agreed on it. Luckily she thought the interview inside the van, so there wasn’t much suspense if the boys would succeed this time. She was a spoiled girl though. The usual price chart did not work its magic. The boys had to dig a lot deeper into the stash of fake money to make this girl willing. But then she flashed those amazing breasts and a while later she was all naked. Jay Bangher dropped his pants and Numi started to suck his big dick. Then they fucked. The bus was driving on bumpy roads which added some excitement to the fucking. They started out in missionary, then went for riding, some doggy, some spooning. And in the end Jay s**t his cum straight into her face.